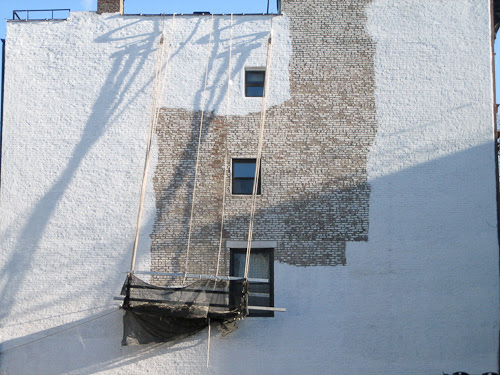 Across the street they're almost finished with the wall. I've been watching the progress. The other day the light and the shadows and the workers chatting and laughing and shouting at each other suddenly brought to mind a passage from one of my favorite books of the last several years: David Lewis-Williams, The Mind in the Cave.

Actually, the first thing that came to mind was Gregory Curtis' The Cave Painters. Curtis speculates, in his book, about the place and purpose of pictures within culture, and he quotes from Lewis-Williams to his illustrate his meaning. As it happens, the idea from Lewis-Williams that resonates so strongly with Curtis also resonates with me, and has done so ever since I read The Mind in the Cave five years ago. Here it is:

Whether you're familiar with the cave paintings in Western Europe or not,…
Post a Comment
Read more
More posts